DALLAS – A flight dispatcher, also known as an airline dispatcher or a flight operations officer (FOO), is a licensed airman who shares flight planning, releasing, and flight-following responsibilities with a pilot in command (PIC).

In coordination with the flight crew, he or she works in the airline’s operations center to make sure that the flight is properly prepared, takes off, is operated, and progresses safely while abiding by airspace and operational restrictions until it reaches its destination.

The duties of flight operations officers are outlined in the International Civil Aviation Organization—ICAO Annex 6 Operation of Aircraft Part 1 provision 4.6.

According to the industry guidelines, you must attend flight dispatch school and complete the necessary coursework if you’re interested in working as a flight dispatcher. Take an oral exam with an examiner after passing a written or multiple-choice test that is substantially the same as the ATP (Air Transport Pilot) exam.

The Civil Aviation Authority will grant you the license necessary for employment after you pass the exams.

Flight Dispatchers have a plethora of responsibilities in airline operations, including the ones listed below.

Aircraft dispatchers choose and plan for the safest and most affordable route and flight level/altitude for the flight using advanced computerized software, such as Professional Flight Planner X(PFPX), and Simbrief.com, with their inputs.

This flight preparation takes into account aircraft limitations and status by consulting the Minimum Equipment List (MEL) and Configuration Deviation List (CDL), as well as the analysis of the departure, destination, and alternate airports’ weather conditions to ensure that they are above the required minimums for the approach category at a particular airport and aircraft capability. 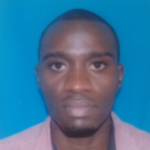