Qantas Lands in Rome, Gets Closer to Project Sunrise DALLAS – Qantas Airways (QF) has again begun to spread its wings in Europe. The Australian flag carrier officially commenced operations from Perth (PER) to the Italian capital of Rome (FCO) yesterday, June 22.

The route is the first, and so far, only nonstop flight between Australia and continental Europe. QF previously flew to the European mainland, using its Boeing 747-400s to fly to Frankfurt (FRA) until 2013.

This new service, QF5/6, originates in Sydney, then makes a refueling stop in Perth before setting out on the mammoth 16-hour leap to Rome’s Fiumicino airport. The outbound service, QF5, leaves Perth at 22:20L, then flies through the night, before arriving in Rome at 08:45L the following morning.

The return leg, QF6, leaves Rome at 10:50L and arrives in Perth at 08:35L the following morning. The service is operating every other day (Monday, Wednesday, Friday, etc…), and is currently a seasonal operation, operating until October 6, seizing the European summer.

Qantas is using its 236-seat Boeing 787-9 Dreamliners for this behemoth service – an aircraft type that has been freed up somewhat since the reactivation of three Airbus a380s previously held in storage due to the pandemic.

A Return to European Skies

The Australian flag carrier once held an extensive European network during the 80s, 90s, and even into the new millennium, which included Italy until the early 2000s. However, declining passenger numbers due to 9/11 and lack of range and efficiency from existing aircraft meant that routes like this were, at the time, not viable.

Now though, with the rebound from the pandemic, combined with the success of QF’s ultra-long-haul operations nonstop to London from Perth proving that there is indeed an appetite for travel like this, the airline chose now to pounce.

Rome was chosen because it is Australia’s largest European market behind the U.K, with an estimated one million Italians by ancestry living in Australia today. The carrier’s CEO, Alan Joyce, stated that “Italy is the largest market for us in continental Europe for people visiting family and friends from Australia and we think customers will love flying direct to one of the world’s great cities to spend time with loved ones or enjoy Italy.”

Flights like this are a research stepping stone for the airline. With its long-awaited “Project Sunrise” (the mission to connect eastern Australia with Western Europe and the eastern United States), the market for ultra-long-haul travel has to be assessed and affirmed in order to be sure that the project can be viable. 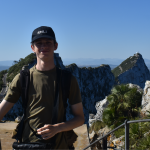