DALLAS – While Delta Air Lines (DL) doesn’t count the Second City as one of its hubs, the airline has been committed to elevating the passenger experience and beefing up its presence at Chicago O’Hare Airport (ORD), where it has invested US$50m in its new Terminal 5 home.

Just this week, the airline moved its operations from older ORD Terminal 2 facilities into newly rebuilt and renovated areas of Terminal 5, where it will operate from gates M2 through M11. DL has also opened a dazzling new 22,000-plus-square-foot Delta Sky Club within Terminal 5—four times the capacity of its old Terminal 2 club.

A quick look at Delta’s presence at Chicago-O’Hare:

Airways had a look at Delta’s new Terminal 5 home—an impressive space where premium passengers especially will rejoice with state-of-the-art features designed to elevate the airport experience.

“Guests will find much to love in this new space—in addition to its amenities and stunning design, the T5 lounge offers one-of-a-kind experiences unique to our Club network,” said Claude Roussel, Managing Director, Delta Sky Club.

“On behalf of the entire City of Chicago, I’d like to thank Delta Air Lines for its ongoing commitment to connecting our city to the world through its investment in O’Hare International Airport’s Terminal 5 as part of its $1 billion transformation,” said Chicago Mayor Lori E. Lightfoot, in a statement.

“With the help of Delta and our other airline partners, Chicago stands ready to welcome visitors from all over the United States and the world and show them why Condé Nast Traveler readers have rated us as the Best Big City in the U.S. for six years in a row.”

Delta has spent the past decade investing more than $12 billion in airport hubs across the country, including recent upgrades at Los Angeles International Airport (LAX) and New York’s LaGuardia Airport (LGA). 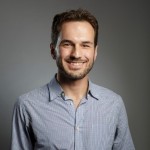 author
Ned is a public relations professional with eight years of experience in writing, communications, social media, and marketing. He grew up in an airline family and as such, travels frequently! He is always looking for new recommendations for destinations to visit. Ned is based in Chicago (ORD).
Previous Post