DALLAS — WestJet’s (WS) freighter operations have been delayed by nine months due to obstacles to certifying four modified Boeing 737-800 aircraft.

In the spring of last year, WS officials said they hoped to begin cargo operations in July of this year. Now, Kristin de Bruijn, executive vice president of cargo at WS, said at the International Air Cargo Association trade event that cargo operations would begin in March 2023.

The airline can only add the aircraft to its air operator certificate once Transport Canada approves the structural upgrade, which entails adding a wide cargo door in the fuselage and reinforced flooring to support containers. It will then take some time to understand how the aircraft works and to complete technical acceptance and validation.

A new Transport Canada requirement for planes is to undergo “cold soak” testing to show they function in extremely cold conditions.

The Boeing 737-800s are leased through BBAM Aircraft Leasing and Management, which had the conversions done in China by a Boeing overhaul partner.

The first Boeing 737-800 modified under Boeing’s conversion program will be flown in Canada by WestJet Cargo, a startup airline within an airline. According to an aviation database shared with FreightWaves, the airline had two of the cargo jets by midsummer.

Aeronautical Engineering Inc. (AEI) was given a supplemental type certificate by Transport Canada in January to convert the narrow-body aircraft into a cargo configuration for Chrono Aviation, but Boeing is still awaiting the registration of its version.

AEI received its certification from Transport Canada in less than three months, according to Robert Convey, senior vice president of sales and marketing at the company. This is because scrutinizing the documentation instead of thoroughly inspecting and testing the aircraft, as is customary for globally produced aeronautical products, confirmed the Federal Aviation Administration’s acceptance of aircraft alterations.

According to an industry source familiar with the WS situation cited by Freight Waves, Boeing is having trouble getting the 737-800 certification because of strained relations with the FAA after the fallout of the 737 MAX crashes and issues with 787 fuselage quality control.

With Congress and the FAA tightening regulations on the practice of granting manufacturers access to specific technical approvals, Boeing is being compelled to follow certification procedures to the letter rather than receiving the benefit of the doubt from aviation authorities.

In the past, they would have simply rubber-stamped it, according to the source, who wished to remain anonymous in order to protect their business relationships with various parties.

In a statement to Freight Waves, Transport Canada stated, “Foreign validation of an aeronautical product involves the establishment of the Canadian certification basis, the provision of technical information related to the design, and the assessment of compliance with Canadian design standards and policies. The Boeing 737 converted freighter program’s timetables up to this point are typical of projects of a comparable nature.” 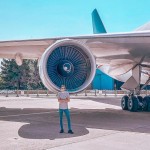