Vistara Turns a Profit after Eight Years of Operations

Vistara Turns a Profit after Eight Years of Operations

DALLAS — Tata SIA Airlines Limited, operating as Vistara (UK), turned its first profit during the third quarter of 2022. The airline shared its financial results today, posting US$1bn in revenue and undisclosed profits. The airline is backed by the TATA Company and Singapore Airlines (SQ).

The Indian airline has proven its worth eight years after its inception. On January 9, 2015, the airline commenced operations with its inaugural flight between Delhi and Mumbai.

By June 2016, the UK had carried more than two million passengers, and as of May 2019, it had a 4.7% share of the domestic carrier market, making it the 6th largest in India before the pandemic.

It is worth noting that the financial year in India starts in April and ends in March. Therefore, the Q3 profits run from October to December 2022. While the airline excluded unrecognizable foreign exchange losses and income from non-operating assets, it is crystal clear that the carrier is growing as per its financial sheets.

Worth noting is that in 2022, UK came in second in the Indian aviation industry with close to 10% market share, while IndiGo (6E) captured 56% of the whole pie to stay at the top.

In a statement released by the airline, UK says it has achieved strong growth and performance in 2022, crossing the US$1bn revenue mark and turning net EBITDA positive in three-quarters of FY 2022.

Vistara’s profit last quarter shows FSCs can work even in India. The key drivers coming together – larger scale, int’l expansion on high demand routes along with feed/de-feed thru self and partners, travel bounceback, stronger demand for premium cabins post-COVID – have delivered.

Vinod Kannan, Vistara’s CEO and ex-VP of SQ said while celebrating the milestone, “With significant network and fleet expansion and sustainable progress over the last few months, 2022 has been a remarkable year for Vistara in terms of both our operational and financial reports. Each member of the Vistara family is incredibly proud of our collective achievements in an extremely challenging business environment that included the third wave of Covid-19 and escalating costs. We are now aiming for higher milestones as we enter the next phase of our growth journey.”

While giving recognition for this historic achievement to its customers, the CEO further stated, “I would like to take this opportunity to thank all our customers for their consistent support and affection that make us stronger each day and inspire us to work even harder to delight them.”

Achieving Profits as the Industry Recovers

Firstly, the airline had a busy third quarter in 2022 due to the many festivals happening in India as COVID cases declined. Seeing an increase in demand, the airline optimized its fleet operations and served more than 11 million passengers in 2022. Also, the airline recorded an average of 84.12% of the passenger load factor.

Lastly, the airline took delivery of 18 aircraft, including 10 new planes and eight redeliveries. This helped the airline fulfill the strong demand the Indian aviation industry saw post-pandemic. According to Planespotters.net, the carrier has a fleet of 52 aircraft and is awaiting delivery of four Dreamliners and five A320 Family jets.

The near future looks better for the airline as the merger with Air India (AI) gets closer. As mentioned earlier, both UK and AI management are in the phase of obtaining regulatory approval and synchronizing their systems for smooth operations. This includes training employees, expanding office space, updating software, and many more time-consuming factors.

The airline flies to more than 30 domestic and 13 international cities with a fleet of 52 aircraft. The airline provides employment to 5,000 aviation professionals and operates over 250 flights daily, or 8,000 flights a month.

Will the UK-AI merger be successful? Or should the airline operate as an independent entity like it does today? Do let us know your thoughts by commenting on our social media channels. 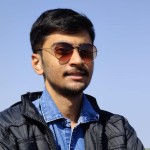