DALLAS – The shareholders of Florida-based Spirit Airlines (NK) have voted to approve a proposed merger with New York-based JetBlue Airways (B6).

Under the terms of the merger, B6 will acquire NK for US$3.8bn. The two airlines will continue to operate as separate entities, and their respective loyalty programs and customer accounts will remain unchanged until the transaction closes.

Upon completion, the combined airline will be based in New York and will be led by Robin Hayes. B6 has pledged to ensure a smooth transition for NK’s corporate team by retaining a support center in Fort Lauderdale and working with labor leaders from both airlines. The combined workforce could number 34,000 crewmembers.

The East Coast airline plans to bring the JetBlue Experience to all aircraft and will convert NK’s fleet to match the B6 appearance and seat configuration. The combined airline will have a fleet of 458 aircraft offering 1,700 daily flights serving more than 125 destinations in 30 countries.

The merger agreement is still subject to regulatory approval and could encounter some turbulence during that process. At least one member of Congress, Senator Elizabeth Warren (D – Massachusetts) is urging the Department of Transportation to stop the merger, claiming that the deal is not consistent with the public interest.

If the deal is approved by the regulatory bodies, the merged airline expects to be operational by mid-2024. 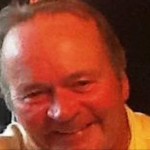