DALLAS – Hong Kong-based airline Cathay Pacific (CX) is mulling placing an order for as many as six brand-new freighters as the airline plans to replace its aging Boeing 747-Extended Range Freighters (ERF) fleet.

The carrier is reported to be already in talks with European Aerospace Major Airbus SE and Seattle-based Boeing, people cited by Reuters familiar with the development said. While CX Operates full Boeing 747 family freighters, this deal could give leverage to Airbus with its A350F freighters.

However, according to a report from Bloomberg, CX said in a statement that “it is constantly looking into our freighter fleet requirements” but has “not come to any decision whatsoever.”

The news comes at a time when, almost a month ago, CX said the peak season for air cargo may not be as strong as last year because of supply chain snags, the impact of inflation on consumer demand, and China’s COVID-19 policies.

Cathay Pacific, whose almost 75% of revenue comes from cargo operations, has been relying on freight operations for the majority of its revenue during the pandemic.

The cargo operation uptick came as a result of the extended subdued passenger demand due to Hong Kong’s strict COVID-related quarantine rules for passengers and crew, which is facing headwinds due to ongoing restrictions. ”We expect that this year’s peak season may not be the same as last year,” CX’s Freight Executives said in an Email update to Air Cargo clients.

Cathay Pacific is currently assessing the technical specifications of both the Airbus A350F and the Boeing 777-8F freighter. On paper, both airplanes come close to each other’s specifications, where the Boeing just edges over the A350F in terms of the payload by over 3000 kg on paper.

Cathay Pacific’s order might be seen as a step in the direction of the latest International Civil Aviation Organization (ICAO) standard for lower carbon dioxide (CO2) emissions, adopted in 2017 to “reduce the impact of aviation greenhouse gases on the global climate.”

ICAO noted, ”Those in-production aircraft that by 2028 do not meet the standard will no longer be able to be produced unless their designs are sufficiently modified.” The widebody freighters currently in use, like the Boeing 747-400F, the A330-200F, the Boeing 767F, and 777F, will not meet the standard as they still use earlier generation engines.

However, it is great to see that Hong Kong is easing restrictions and that CX is narrowing its losses. Only time will tell how CX’s management will steer its course for the long haul. 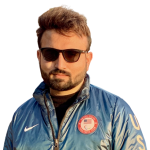