What Are the Best Materials for Airport Runways?
Airports AvGeek DALLAS – Airport runway materials must be exceptionally strong to withstand the pressure of aircraft takeoffs and landings, plus years of frequent use.

Before heavier airplanes from the late 1930s onward became the norm, runways were often made of grass and were relatively short, measuring less than 2,000 feet.

However, many commercial planes, such as the Boeing 747, need nearly 12,000 feet of runway space at sea level. The length requirements extend in places located at higher elevations. At the same time, improvements in jet engines facilitated better takeoff and climbing capabilities of some planes.

These developments have curbed runway lengths and sometimes even made them shorter than earlier versions. Even as runways get shorter, the days of landing planes on grass are mostly in the past, except when flying small, light models or those specially designed for the surface.

Here’s a look at today’s top options used during airport runway construction and a newer possibility that could be a game-changer for short-term needs.

Asphalt is a liquid or semi-solid type of petroleum made from aggregate materials held together with a binder. It creates a flexible runway pavement made of several layers resting on a base of granular material atop a prepared subgrade.

The layered structure allows for the weight distribution of an aircraft’s concentrated wheel loads. The base course is arguably the most important section because it protects other layers from stress and strain during use, safeguarding them from cracks.

The Marshall mixture, which was developed in 1939, is a popular composition for runway asphalt. It generally consists of 5.4%-5.8% bitumen by mass and 4%-6% aggregate by volume. Some newer blends center on making asphalt more eco-friendly. One option tested at an Italian airport includes graphene and a type of plastic that ordinarily does not get reused. It reportedly has twice the lifespan of conventional asphalt.

There are also special mixtures that tolerate exposure to airplane fuel and hydraulic fluids. Otherwise, those products could cause the asphalt to crack prematurely. Thus, the specialized asphalt is a frequently chosen selection in places where planes are refueled.

Asphalt has a dark gray to black finish, leading to many people calling it “blacktop.” In the United States, aviation officials require that asphalt runways have at least a 20-year lifespan. Some mixtures include performance-graded binders that offer the best outcomes for certain load-bearing requirements and climatic conditions.

Concrete runways fall into the rigid pavement category. People build them by putting portland cement slabs on a granular subgrade or a prepared sub-base made of fine material. An airplane’s load is sent through them to the materials underneath when the slabs bend slightly.

Concrete is similar to asphalt because they contain combinations of aggregates and binding agents. However, the binders are different from those used in asphalt. Concrete has a cement-based binder, while asphalt is bitumen.

Although it takes longer to install concrete compared to asphalt, there are higher upfront costs involved. However, runways made from concrete are often more economical over time, provided they receive the required ongoing maintenance.

In 2019, Ireland’s Dublin airport began building its first concrete runway. The 3.1-kilometer project consisted of four layers totaling almost 1 meter in depth. Although concrete is a durable option, installers must take care to protect it during airport runway construction. For example, the points where crews enter and exit are at higher risk for mud or road-salting materials getting ground into the concrete.

When people choose runway materials before construction begins, they don’t necessarily restrict themselves to only asphalt or concrete. Many runways feature a combination of the two.

Gravel is less common than concrete or asphalt, but it’s often seen at smaller airfields. One of the things that makes gravel runways not as widespread is their lack of versatility.

A plane needs particular modifications or design considerations made before it can land on gravel. In 1969, Boeing began selling a commercial kit that included several things to add to existing planes to make them gravel-ready. For example, it had abrasion-resistant paint to apply to the underside of the wings and fuselage. There were also metal shields to cover brake cables and hydraulic tubes.

Airlines servicing areas of Alaska also used a Boeing 737-200 Combi designed to land on gravel and withstand the area’s harsh conditions. Relatedly, specially made planes can land on other uneven surfaces, such as sand and ice.

Pilots don’t always have the luxury of landing on permanent runways, especially during military or humanitarian missions. In such cases, they often rely on AM-2 aircraft matting. It features steel rectangles coated with epoxy to prevent skidding. People assemble them like bricks to create taxiways and runways, plus places to park planes during maintenance.

Work is underway to see if 3D printing could lead to new types of temporary runways. The U.S. Air Force is one military branch that was an early adopter of the technology. For example, it used planes from Boeing that had 3D-printed components. In one model, that approach caused a 10% reduction in emissions.

Another recent example had the Air Force funding a grant for Purdue University to create a temporary runway from 3D-printed metal. So far, the effort includes a top and bottom layer joined by an engineered substance called Phase Transforming Cellular Material (PTCM). It helps limit surface stresses.

Although this mat is not ready for commercial use, it could drastically change temporary runway construction by removing the typical process of assembling the materials into interlocking pieces. The goal is to come up with something that comes as a sheet or roll that’s lightweight and easy to carry yet can tolerate an aircraft’s weight and forces.

Successful runway construction requires carefully considering several factors, such as the aircraft used, existing regulations, and timeframes for construction and maintenance. It’s also becoming increasingly important to think of new materials that may be kinder to the environment or offer longer lifespans.

Following the lead of well-established airports is a practical way to see which materials and methods provide the biggest payoffs. 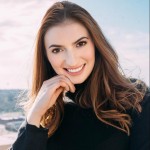