DALLAS – Amsterdam Schiphol Airport (AMS) has said it expects to start removing restrictions on the number of departing passengers from March 26, the start of the 2023 summer season. The cap, which reduced capacity by almost 20%, was introduced due to persistent operational issues brought on by the substantial rise in travel demand last summer.

Schiphol CEO Ruud Sondag said that additional travel would be feasible for the popular May holiday period. However, he warns that the airport will need to collaborate with airlines, the Dutch border force, and airport handlers to prevent delays at peak periods, notably in the morning.

To “resolve this issue in a fast and proactive manner” and prevent long lines for travelers during this time, it will undertake additional discussions with partners at the airport, Sondag commented.

The Dutch airport chose to maintain the cap through the winter period. Now, according to Schiphol, the limitation on passenger numbers is no longer necessary. However, it acknowledges that there will be occasions in the upcoming season, which begins at the end of March when AMS and its partners anticipate more travelers during the morning peak (06:00–11:00 local time) than the airport system can accommodate.

“I am thrilled for our travelers, staff, and airlines with the success we have made together.” Sondag continued.” Going into the May holidays, everything seems to be going well. In the best interests of those customers, employees, and airlines, we will scale up even more responsibly and gradually from the start of the 2023 season at the end of March.”

According to Schiphol, security firms at the airport have improved working conditions as part of their efforts to hire additional workers. Due to this, it has employed around half of the other 850 security officers the airport estimates it needs. The airport is confident that any remaining gaps will be filled in time for the summer vacation.

“We won’t be taking any chances. We aim to deliver the excellence and dependability that everyone has come to expect from Schiphol once more. As we approach the May holidays and beyond, we are working with our partners at the airport to address the last few bottlenecks,” Sondag added.

Meanwhile, Dutch flag carrier and AMS’s biggest operator KLM said it was encouraged by Schiphol’s projections. “Even at the busiest times at the airport, it is crucial for all parties involved in the sector to keep an eye on the hiring process in order to give passengers enough quality and security,” it commented. 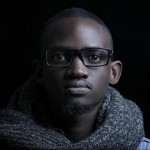