DALLAS – Air New Zealand (NZ) is to launch one of the world’s longest routes: a non-stop connection between Auckland (AKL) and New York (JFK).

The AKL-JFK axis will be connected with a 3x-weekly service. The inaugural flight is scheduled for Saturday, September 17, 2022. After that, the connection will run every Monday, Thursday, and Saturday.

The flights will bear the flagship numbers NZ1 (JFK-AKL) and NZ2 (AKL-JFK). NZ CEO Greg Foran commented on the flights’ numeration, saying that traditionally, flight numbers 1 and 2 were used for an airline’s flagship route. “And that’s what New York will be—our flagship route.”

The flight numbers NZ1 and NZ2 were previously used by the carrier for its flights to the UK, operating to/from Heathrow (LHR); respectively, from LHR (NZ1) and to LHR (NZ2).

According to the Journal of Air Transport Management, the term Ultra Long-Haul refers to flights of 14.5 h or more with a minimum greater-circle distance of 12,842 km. These segments typically “seek to directly connect cities in far-reaching corners of the earth, leveraging the enhanced capabilities of new-age aircraft, thereby saving time-sensitive passengers hours of total travel-time when compared to a traditional one-stop, Hub & Spoke itinerary.”

The NZ flight will cover a whopping distance of 8,820 miles (14,194km) and will be operated by a Boeing 787-9, pushing the aircraft to the limit of its range capability (8,786 miles or 14,010km on a “classical” payload according to Boeing). To achieve the increase in the range needed for the flights, NZ will use a less-dense, premium-heavy configuration of the cabin.

Air New Zealand’s original plans for the flight date back to 2020, with the launch period for the connections expected in October of that year. Unfortunately, it was scrapped as the COVID-19 pandemic spread globally. With New Zealand reopening to the world, there is optimism for the success of the marathon flight.

Foran commented on the topic, saying, “We’ve worked hard over the last few years to make this ultra-long-haul service a reality – it’s one of the longest routes in the world. This new route cements our commitment to developing growing tourism opportunities between the two countries.”

On the importance of the US market, he added, “The US has always been a key market for us, and this new [AKL-JFK] route cements our commitment to growing opportunities for tourism between the two countries. In the six years leading up to COVID, US visitor numbers to New Zealand doubled, so we expect our much-awaited nonstop service to be incredibly strong year-round.”

NZ1 and NZ2 will be the only direct flights between the Southwest Pacific and New York, gaining a competitive edge and inflicting a hard blow to QF and its plans to connect Sydney and New York (part of Project Sunrise, now postponed to 2024).

The flights will be the easiest way to reach New York from Eastern Australia, and NZ has a history of successfully transiting passengers through AKL to/from Australia. The new route will also allow tourists from the US to seamlessly reach every corner of the Kiwi nation.

As pointed out by Foran, “We know almost three-quarters of visitors from the US travel beyond New Zealand’s main tourist centers, so once customers arrive in Auckland, we have connections to 20 different regions around the country, all within 2 h.” 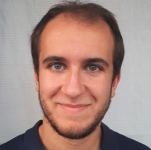 subscriber
A Milan, Italy-based commercial aviation enthusiast since discovering the world behind flying an aircraft. Always wondering what the latest airlines' strategy will be.
Previous Post